CAPRA: A need in developing Asia

A Close Experience:
I always had a keen interest to learn CAPRA. It was attractive to me particularly because it is an open source tool with a scope to handle the probabilistic analysis. In 2011 October, I was forced to live in another part of Thailand as the devastating flood chased everyone away from our mother institute Asian Institute of Technology which is an international university. It was for the first time when I came close to a catastrophic disaster and had a chance to share my feelings with millions of other affected people around the world, otherwise I would have been watching on the news. CAPRA team came to Bangkok with an initiative of Mr. Francis Ghesquiere of the world bank and Dr. Manzul Hazarika of GIC, AIT and I was one among a few in the first batch to attend the five days training in Bangkok from Nov. 28- Dec. 02, 2011. The first thing that came to my mind after I completed the training was that “Wow how good that has been! Somebody must have put tremendous efforts in order to bring about a piece of tool like this”. It was only on April, 2012 that I had another chance to come a bit closer with those who were behind the scene working relentlessly to develop CAPRA. On 14 April, my journey started from Bangkok. The destination was Barcelona and more precisely the UPC, where a few of the CAPRA developers from Bogota are doing research and they welcomed us to provide some advanced knowledge on CAPRA. 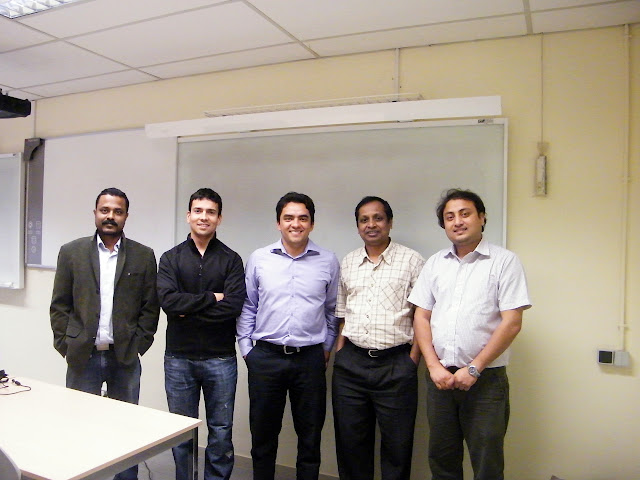 With a congenial atmosphere after our introduction, the training started on 16 April 2012. It was with a general overview of the hazards and disasters and how CAPRA can stand up as a potential tool for viewing the entire risk associated from a combination of different hazards. The biggest advantage of CAPRA was being able to handle hundreds of deterministic events for each of the hazards and analyze the combined risk. It was evident that our first instructor Miguel had been very thorough in his field and a skilled researcher who has specialized himself in the application of CAPRA. Later, I came to know that he is also a doctoral  student working extensively with the vulnerability. His gift of teaching was natural and effortless. Towards the end, the things that we requested to teach us were detailed in a schedule for the rest of the week. After Miguel, it was Cesar who started explaining the structure of the different file formats and how those could be generated for CAPRA. It was very clear and the interactive help files associated with each of the topics helped us to go into the very detail of each of our enquiries. The second day continued with the data structure and it was mostly Cesar who was taking the class. My practical experience with the CAPRA city dataset started on the third day and it was the rainfall hazard and the non- hurricane flood that mostly dominated the first half. It was really helpful to go together with the instructors to understand each of the steps and ask questions at any moment of time throughout the rest of the training.

In the Context of the Big Flood in Thailand: 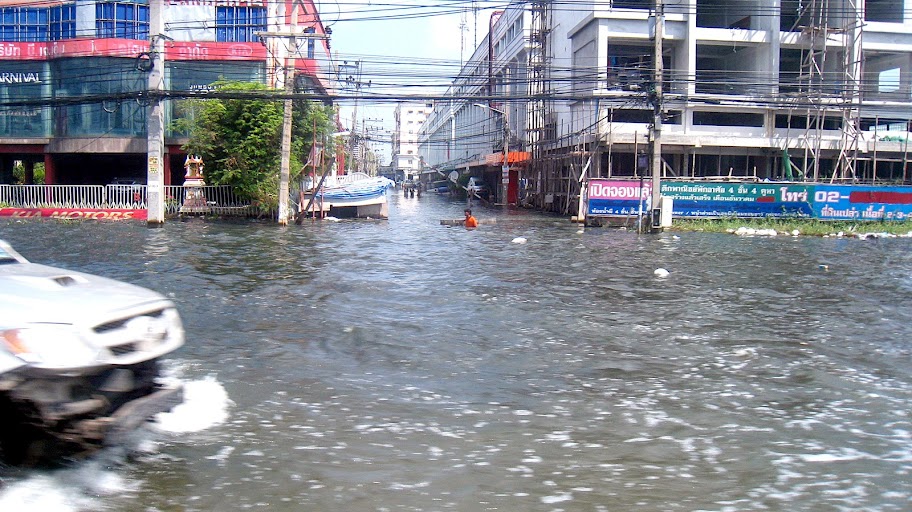 The big flood in Thailand last year came as a surprise. According to the World Bank, in a statement published in the Bangkok Post, the devastating floods have caused about $ 45 billion in estimated damage and are likely to slash Thailand's economic growth to 2.4 percent this year. The reason for this catastrophic loss is due to the non-existence of an accurate flood hazard and risk map and the lack of preparedness. There is no doubt that the suffering of the people has been immense and the rehabilitation and the reconstruction process are going to take a painfully long time. Floods are known hazards almost every year in this part of Asia. What was missing last year was a readiness to face a catastrophic event of that proportion. With a rapid urbanization, a global temperature rise, these events may often become more frequent. Adding to the problem an expanding population may turn these events blow out of proportion in terms of the complexity to handle and reach the needy ones in right time. The need of the hour is a thorough flood planning at different levels within the country, a regional approach to the problem and an elevated level of awareness generation among the most vulnerable sections of the population.

To my belief, CAPRA has the potential to contribute a great deal in all these fields of capacity building. An initiative to familiarize CAPRA has already been started by ERN-Latin America with the assistance of the World Bank where GIC is becoming a formidable partner in Asia. The openness and the technical assistance have made it a more attractive tool for the potential users across this continent. As people working in the field of capacity building, one of our duties is also to maintain the awareness of risk among the vulnerable community. This is the only way that the perception of risk can be well adjusted to face the dangers of a catastrophic event like the flood last year. CAPRA is not only a single tool to face a disaster like this, but a pack of answers that can prove to be good ones throughout the cycle of disaster management if adopted properly by the countries of Asia.